Every writer — even the most successful ones — has had to face rejection. It goes with the territory. But that doesn’t make it any easier to swallow. Here are some practical pointers to help you grow a thicker skin and learn to roll with the punches.

1. Try to see the positive

Rejection is tough. You can’t help but take it personally. So much of yourself goes into what you write, it’s hard not to conclude that it’s you who’s being rejected along with your work. As the rejection letters mount up, you may start to believe that you’re simply not good enough. It’s really important not to let that happen.

A rejection doesn’t have to be a negative thing. Look at it instead as an opportunity. They think you’re not good enough? What better incentive could there be to prove people wrong?

Some successful writers have even viewed their rejection letters as a badge of pride. “I love my rejection slips,” wrote Sylvia Plath. “They show me I try.” The poet Brett Elizabeth Jenkins set herself a goal of getting a hundred rejections in a calendar year, and when she succeeded she found she’d “grown as a writer, met some kickass writers, sprouted relationships with a few editors, developed a thicker skin, and learned to take rejection like a champ.” Often there would be an encouraging note attached to a rejection, and a few, after she had made some changes and resubmitted them, turned into acceptances.

2. Listen to the critics

Rejection letters can be pretty impersonal. They use standard formulations (“We read your story with interest but I regret we will not be making an offer of publication”), or they may include some general comment (“We do not believe this story will find an audience”). You can chuck those ones in the trash — they tell you nothing.

Far more helpful are the rejections that offer some specific criticism. One author was told he uses too many adverbs. Now that’s an easy thing to fix. A comment like that also suggests that the work has been properly read, which is encouraging in itself.

I recently received a rejection from an agent who said she loved one of my stories but didn’t connect as much with some of the others. This sort of feedback really helps to build a sense of where your strengths lie as a writer and where you should be focusing your energies.

Writing is a lonely game, and this can make rejections, when they come, even harder to take. It helps, therefore, to be part of a group of fellow writers who can offer friendship, encouragement and practical advice when times get tough.

I’m a member of a group that meets once a fortnight in each other’s homes, where we take it in turns to read out our stories and receive constructive feedback. We also spend a lot of time talking about writing in general, celebrating our successes and commiserating over rejections.

If you don’t know any local writers, try joining an online writing community. There’s comfort to be had in knowing that we’re all in the same boat facing the same challenges. Writers who have been there themselves are often best placed to help you work through feelings of rejection.

4. Think of all the great writers that were rejected

You should remind yourself of this every time your latest work has been rejected: agents and publishers are not infallible. They have been wrong many times, and they will be wrong again. Ask Stephen King, George Orwell, Ursula Le Guin, J.K. Rowling, C.S. Lewis, J.G. Ballard, Kurt Vonnegut, Edgar Rice Burroughs, and many more. They’ve all received similar letters to yours.

J.K. Rowling even published a couple of hers on Twitter. Ray Bradbury, who was rejected over 800 times, said: “You have to know how to accept rejection and reject acceptance.”

If you’ve been hurt by a rejection, you may be tempted to get straight back to your desk and hammer out something better. This might not be the best course of action. If you’re in a negative frame of mind, you probably won’t produce your best work.

Why not take a break from writing? It can be as long or short as you like. You could take a trip somewhere, go for a walk, work out, clean the house, meditate. A change of scene or activity will help get your mind off things, and might even spark some fresh ideas.

Hopefully, you’ll return to your writing with a renewed sense of purpose.

Once you’re ready to start writing again, it’s important to avoid the return of negative feelings brought on by a recent rejection. If you want to rewrite the rejected book, consider starting a new document rather than editing the original one. Make sure you only copy and paste the sections from the original draft that you feel are working well.

Rewriting afresh will give you the space to reshape the book as much as you feel is necessary without the ghost of the original hanging over you.

You may prefer to put the rejected piece aside, at least for a while, and work on something new. Some writers suggest always having a new project underway, which you can turn to should your finished project be rejected. There’s a lot to be said for this approach. Having another exciting project on standby can be a great consolation when rejection letters start arriving.

There’s no getting around the fact that rejection stinks. No writer enjoys being told that their work isn’t good enough. The successful ones are those who can learn from this experience and move on. 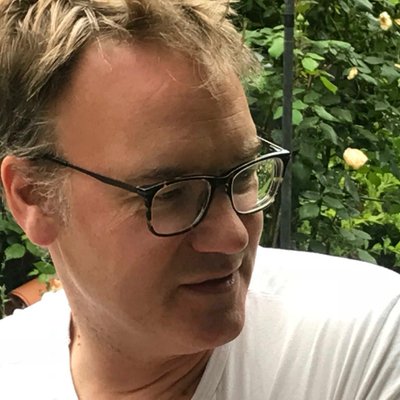