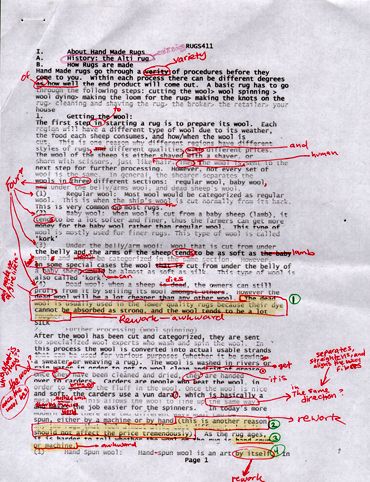 My name is Lauren Tharp. In addition to running my own writing business, I’m the Associate Editor and Community Manager of Be A Freelance Blogger. And while I’m pretty happy-go-lucky on the forum, I’m a complete hardass behind the editor’s desk.

No, really. I’m a hardass by the very definition of hardass:

Noun, Slang: Vulgar.
1. A person who follows rules and regulations meticulously and enforces them without exceptions.

But there’s a good reason for this.

And it’s a reason that you, as a writer, should be aware of — whether you decide to pitch an idea to me or any other editor.

Querying: Every Editor Has the Same Number One Rule

Want to know that every editor I’ve ever spoken to has had to say about pitches/query letters?

And you know what writers say in reply…?

“It’s really not that big a deal…”

“Can’t you make an exception for me…?”

“Why are you such a stickler for the rules?!”

“I’m so great, I don’t have to read the guidelines!”

Most freelance writers/bloggers are professional enough to “get” why the guidelines are important. But for those who aren’t — or are simply curious — here’s exactly why I, and every other editor worth their salt, is a friggin’ “hardass” about the rules:

The Three Reasons Hardassery is a Must
(And Why You Should Respect It!)

1. If you don’t read what the editor’s written, why should he/she read what you’ve written?

Editors write guidelines for a reason: They want them followed!

It doesn’t matter that you don’t know the reason behind what’s written. The guidelines are there based on how the editor works. Do they want a pitch first and then a written draft? Send the pitch first. Do they want a letter of introduction (LOI) before they’ll even consider a pitch? Better introduce yourself. Do they want the draft ready-to-publish without any previous interactions with you? Go for it.

By not following the guidelines, you’re basically saying “what I’ve written is way more important than what you’ve written.” You’re showing the editor that you don’t have respect for them or their work process. And you know who else you’re disrespecting…?

2. You’re disrespecting your fellow writers. And that’s not cool.

Every time you go against the guidelines — by, say, sending in a complete draft instead of a pitch – you’re spitting in the face of every writer who did follow the guidelines.

Editors get a ton of pitches each week. And despite what some people seem to think, we don’t own time-turners. We’re allotted the same 24 hours that every other human is. You know what that means?

And, as a freelance writer myself, I think that just plain sucks.

As an editor — a good editor — there’s an understanding that the job requires the ability to distance oneself. It doesn’t matter if the writer who’s pitching is your best friend since third grade: They have to follow the same procedure as everyone else!

Every time the editor makes an “exception,” it’s a crack in their integrity.

It might sound overly-dramatic, but, when you’re in a position of power, it’s all-too-easy to start abusing that power if you don’t keep a close watch on yourself — or if others don’t help keep you in-line. The editorial guidelines not only help editors with their work process behind-the-scenes, they ensure that every writer is treated fairly.

And, really, isn’t that what we all want?

So stop giving editors a hard time about being hardasses. It’s for your own good!

2 thoughts on “Why I’m a Hardass Pitching Editor”